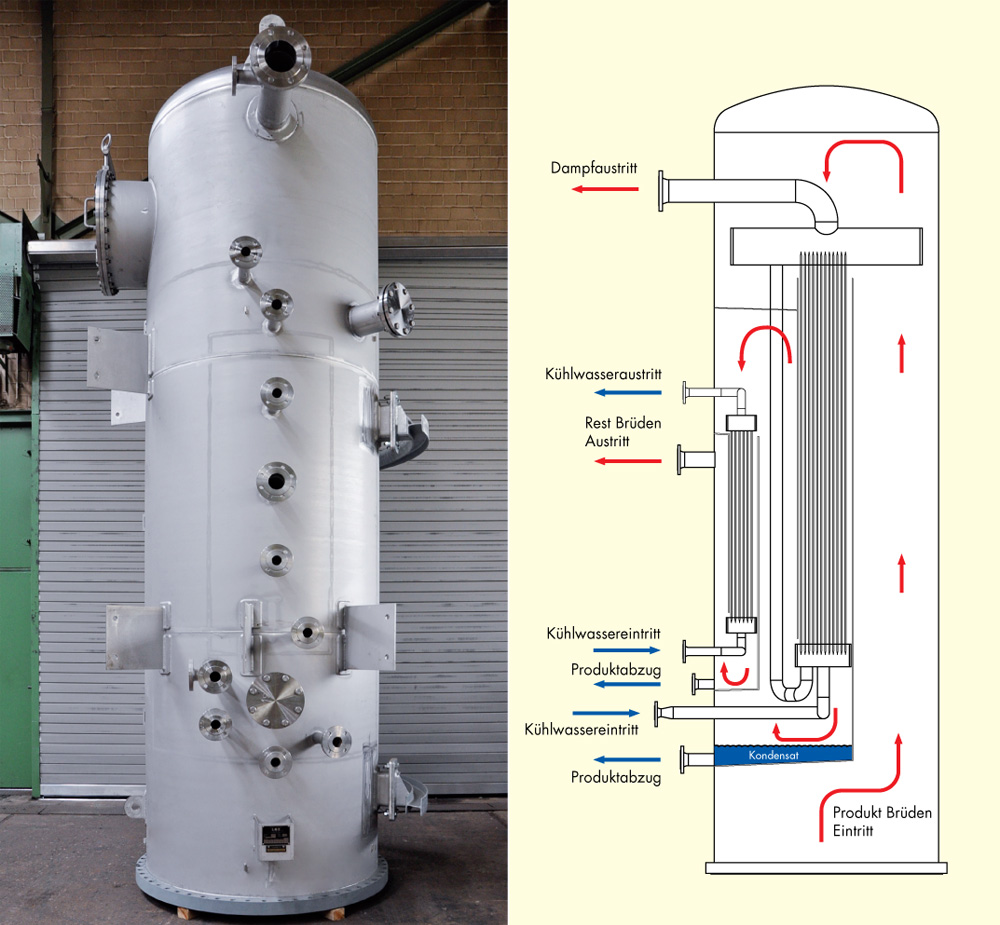 WTP-Condenser with integrated steam generation inside the Plate, as built and schematic 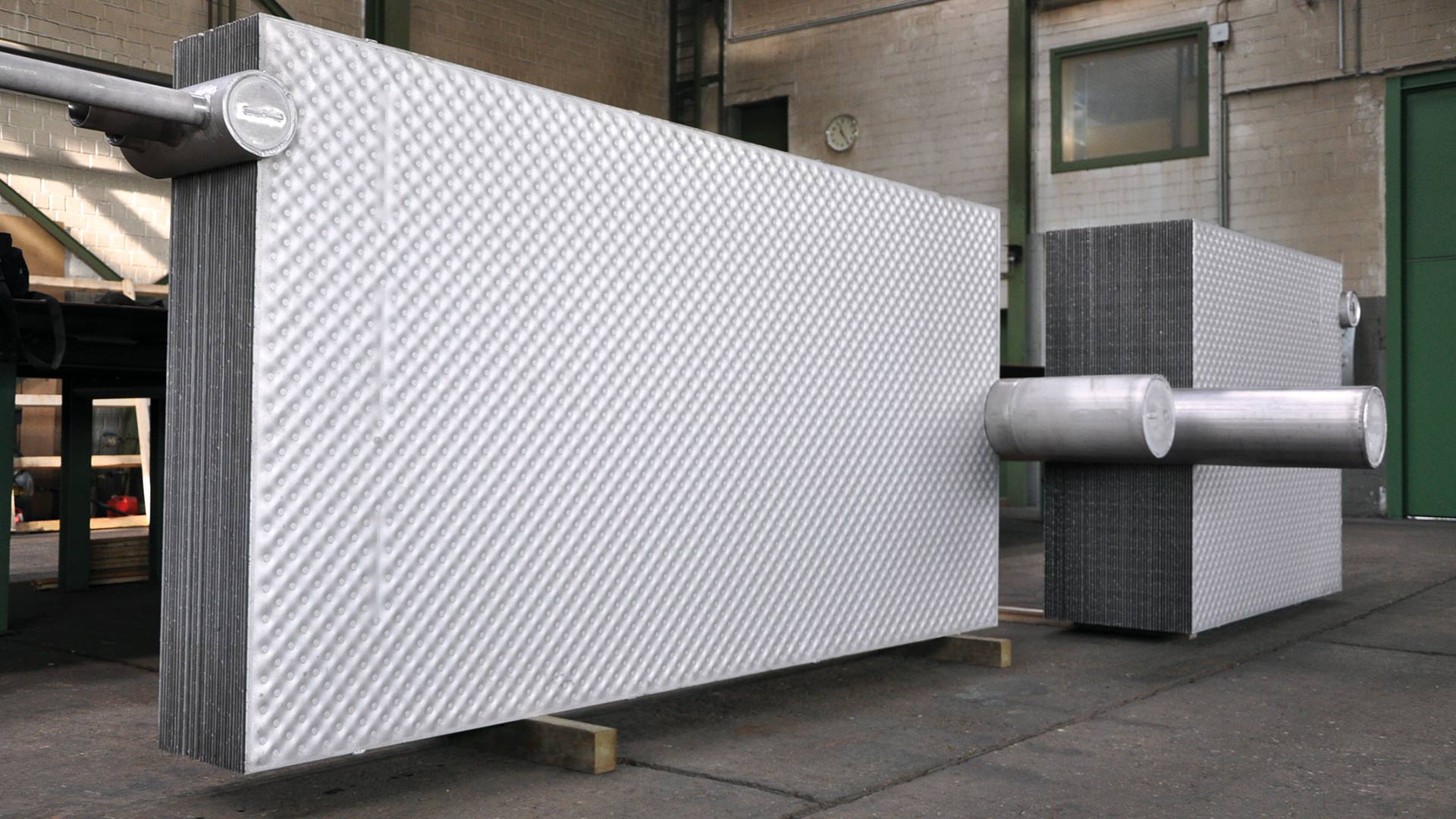 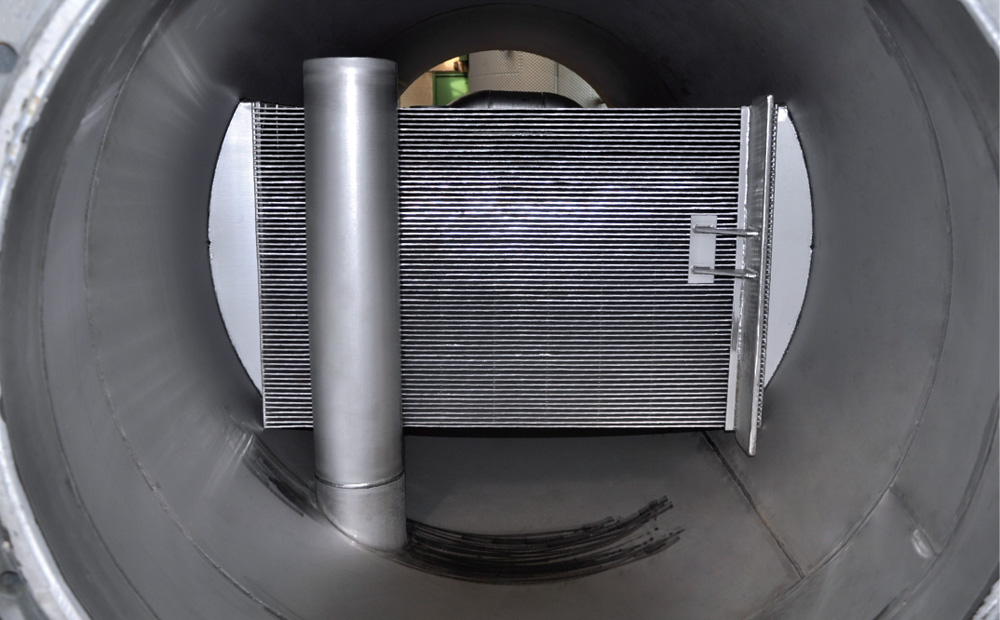 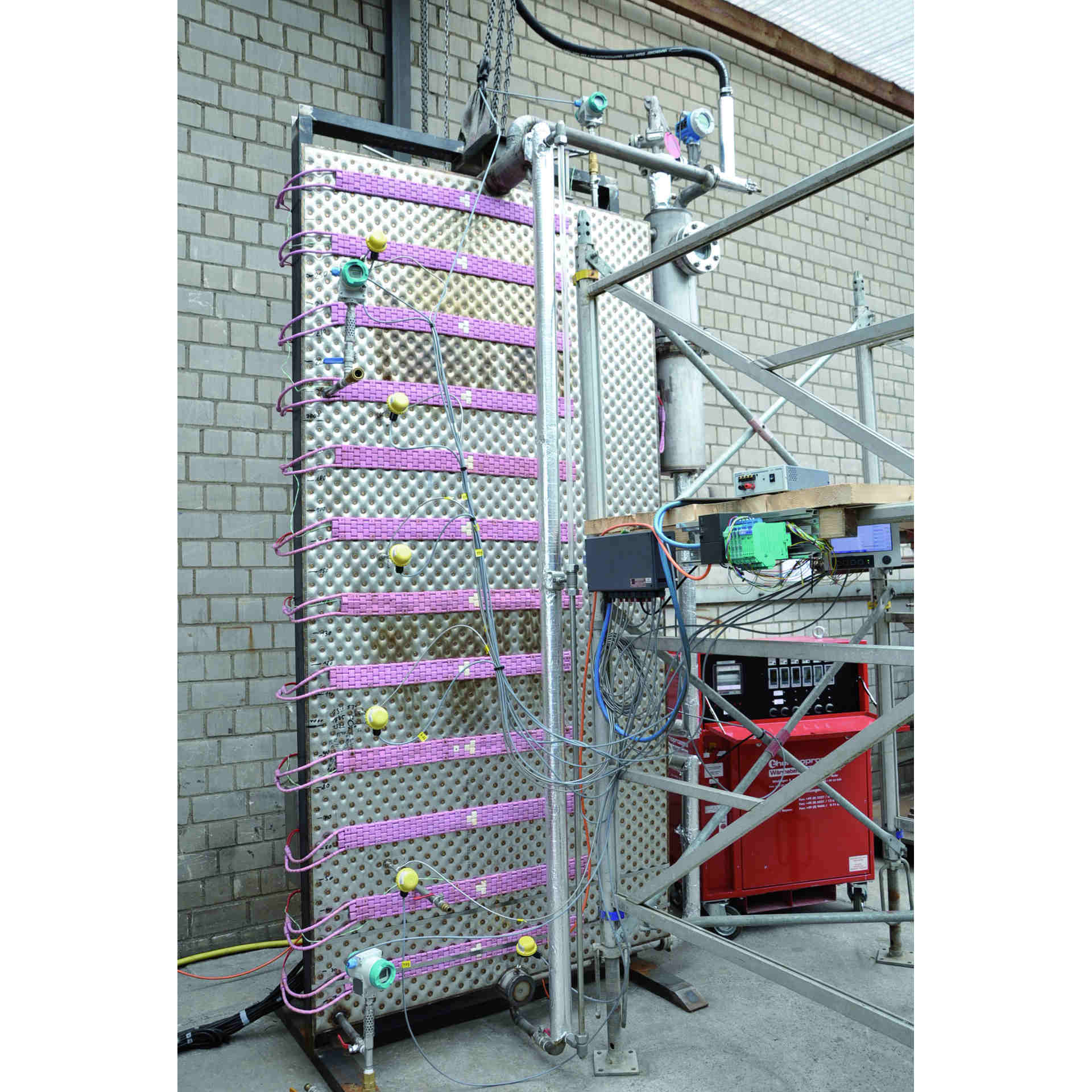 Condenser with integrated steam generation inside the Plate, Experimental set-up of a WTP-Plate, in cooperation with the Cologne University of Applied Sciences 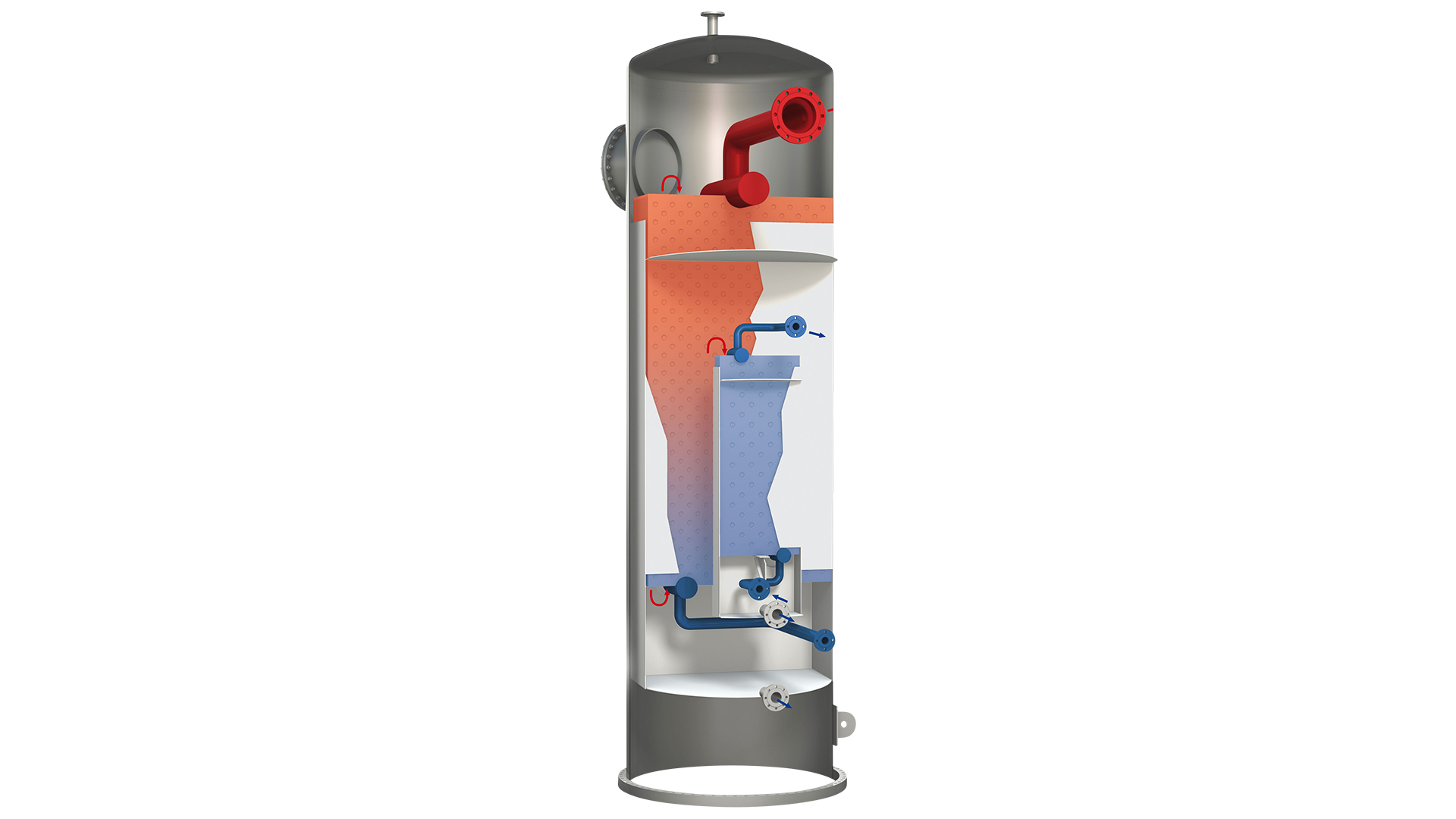 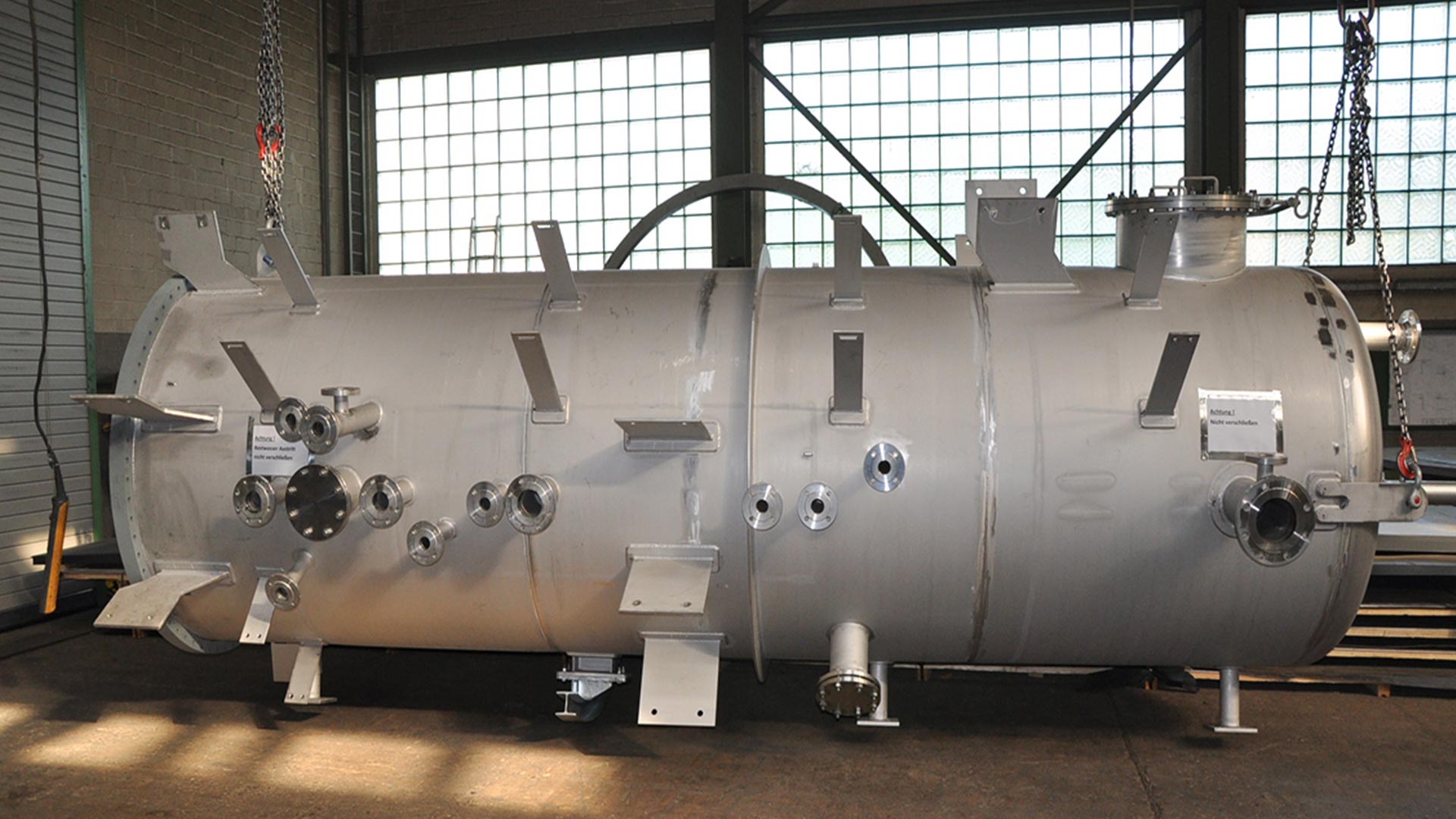 WTP-Condenser with integrated steam generation inside the Plate, as built

Under the pressure of high energy costs and at the same time ecological sustainability, the chemical industry is increasingly attempting to use previously unused potential. The development of appropriate heat transfer systems poses a particular challenge for apparatus and plant engineering. Innovative plant engineering combined with process engineering applications is therefore in demand. One answer to this is head condensers based on thermoplates with integrated circulation evaporator. Condensers with simultaneous steam generation create the possibility of using the released condensation heat at high temperatures, as heating steam in other process stages, instead of dissipating it unused via the cooling water. This conversion of the released heat into steam improves the energy efficiency of the whole process. These special condensers have enormous advantages over tube bundles in terms of weight, less needed space, better cleaning options and lower overall investment costs.

Circulating evaporators with natural convection operate very stable and energy efficient which is why they are ideal for the use as evaporators. The circulation takes place independently due to the density difference between the water and the steam-water Mixture. The supplementary feed water only has to be brought to the appropriate pressure. On the other hand, forced circulation evaporators, need high-quality electrical pumps for the entire circulating volume. This reduces the energy efficiency of the heat recovery. In the circulating evaporator, water is circulated without a circulating pump by natural convection due to the formation of steam bubbles. The heat introduced into the system via condensation, heats the water on the inside of the evaporator. In plate evaporators this leads to the formation of boiling bubbles inside the plates. The bubbles rise to the top and create buoyancy in the mixture of water and steam, which is decisive for the circulation. In the steam collector at the upper end of the plates, the steam is separated from the remainder of liquid water, which is then returned to the evaporator via a return line at the lower end of the evaporator. The requirement for a density difference on the steam generation side is accompanied by the requirement for a minimum temperature difference between the condensation temperature and intended saturated steam temperature. 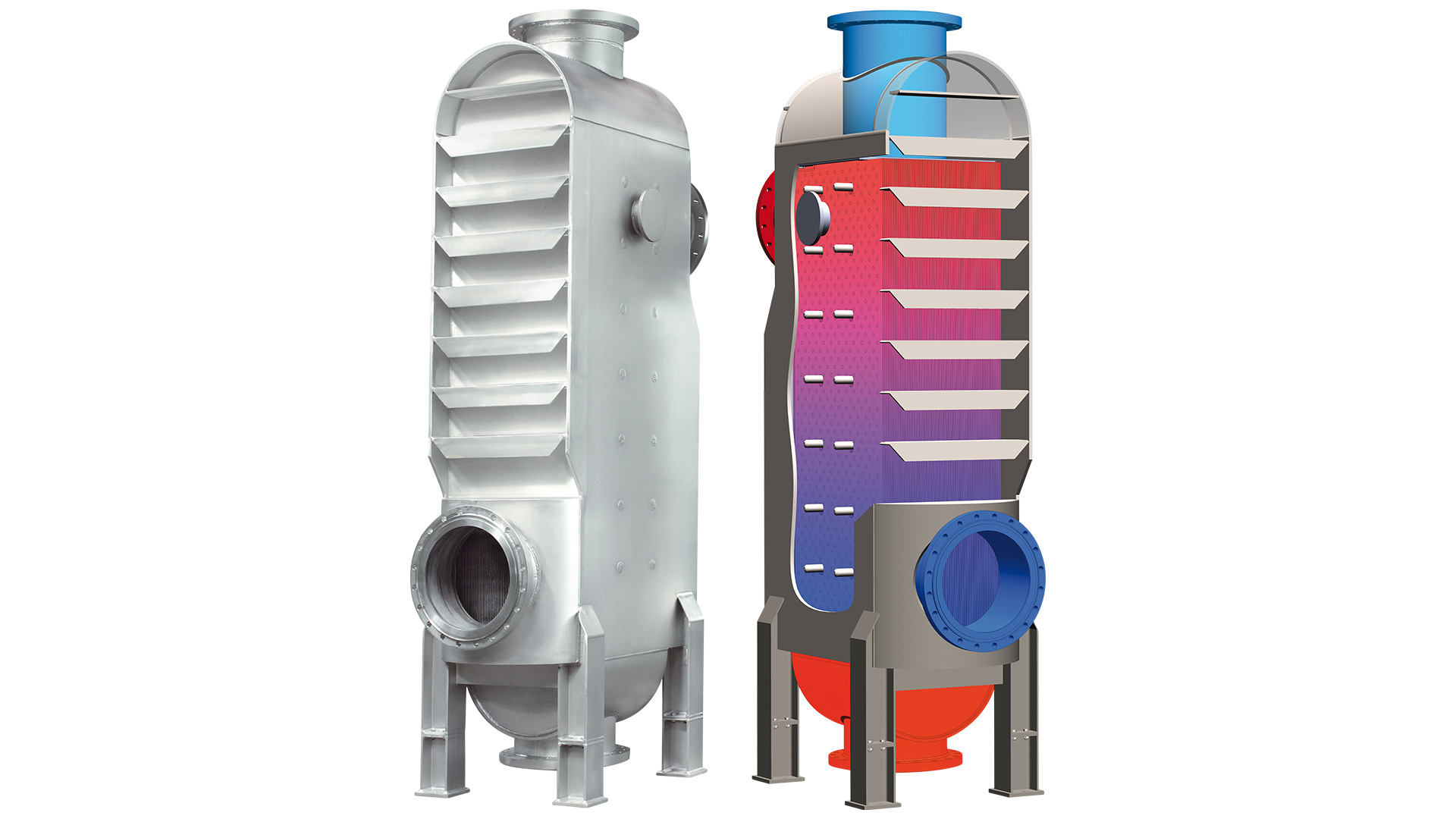